For those of you in the know, Fabrice Muamba, the young 23 year old Bolton Wanderers football player has become an international star over the past week. This was of no fault of his

own, for Fabrice Muamba, was merely playing a football match in an FA cup tie against Tottenham Hotspurs when he suffered a cardiac arrest. What we witnessed was a young man collapse and not unique to sport but nevertheless, shocking, which was that a young fit and healthy man collapse and fight for his life for merely attempting to do what he loved doing. Since then, Muamba’s condition has improved as the media circus continue to inform us of the progress in his health, as scores of footballers, celebrities, politicians and fans alike pay tribute to the young Bolton player.

So why has Fabrice Muamba become so internationally famous? For Muamba, is not known to be an exceptional football player, his name was hardly heard of before last week. 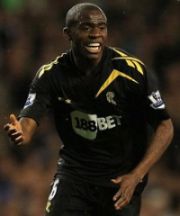 Muamba was an average player playing for the likes of Bolton due to the fact of being dropped by Arsenal. The reason why Muamba is famous is because the football fraternity along with the media humanized him.

The footballing world decided to take it upon itself to congratulate itself for saving the life of the young football player. At the same time bulletin after bulletin in the news gave us stories of Muamba’s character, personality, tributes from his wife and friends about Muamba the man, the father, the friend. By humanizing him, we, the target audience understood him better, we put ourselves in his shoes, and we started to care. Fabrice Muamba may never kick a ball again, but will be forever remembered.

This idea of humanization then crossed my mind again. I took my mind back to a few weeks ago when pop star Whitney Houston died, due to a life of sex, drugs and rock and roll. Why was there such a shock? Why were so many people around the world reduced to tears, why did we care so much about a person none of us knew. The simple fact is that we did know Whitney, we not only heard her songs, but we read about her life, we saw her interviews, we used her songs at moments that where personal to us, we humanized her, and so we cared.

And what happens of the real victims?
Well they become dehumanized


That leads me on to think of another individual, Robert Bales. Robert Bales was an American soldier stationed in Afghanistan. His job was to protect civilians under the guise of the US army who currently occupy Afghanistan. His job was to serve and protect the very people he decided to massacre in what looks like a revenge attack for the death of two American soldiers due to the activities of American soldiers burning copies of the Qura’an. For those of you who don’t know, Bales decided to kill and set alight 16 Afghani civilians, we are told he snapped because the Taliban had injured one of his colleagues. We are told that he was suffering from stress; we are told he has gone crazy.

I find it strange that the acts of a mad man were still able to distinguish between who was an American and who was an Afghan. For surely a mad man would have just shot at

anything that moved. But he didn’t, he killed innocent Afghan civilians.  Could you imagine if an Afghan soldier shot someone in down town Manhattan, and then the Afghan government whisked him away citing he had gone mad, and the US government just sat there and did nothing. No trail, no accountability, nothing. And instead the Afghan government provides the information that their solider just snapped, that he was stressed out. That he couldn’t handle the injuries of his friend. What would be the response??? Outcry, absolute public outcry, and the US president for one would probably have been impeached for his incompetence. But that will not happen in Afghanistan, none of the sort. But the point here is of Bales. What is the US press attempting to tell us?

We hear testimonies by his wife, that he is a nice guy; we are told by his colleagues that he was under extreme stress, we start to learn of Bales the man, and then we feel sorry for him. It’s not his fault the press cry, and we concur. So what is the US media machinery doing with Bales? The same as footballer Muamba, and pop star Houstan, they are humanizing him. For when you humanize a person, the villain of the peace can now become the victim. Whereas the REAL victims are forgotten.

And what happens of the real victims? Well they become dehumanized; we don’t hear testimonies of the friends and family of the 16 that were butchered by Bales, the victims will become just a number, who we will never learn anything about. The thousands dead in Afghanistan, the millions dead in Iraq, the scores killed in the Gaza strip or in Syria. The victims are just mere numbers; they are dehumanized, so that the ruthless campaigns of the bloodthirsty can continue. This process of humanizing and dehumanizing is relevant to our times, and is one that we need to think of.

Let us now cast our mind to France, where Mohamed Mera, a young French Algerian has been killed by French police for going on a calculated shooting spree over the course of the 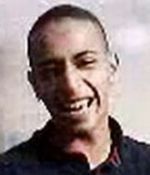 past few weeks. We can’t condone the acts of Mera, but the inconsistency in the press should be highlighted. We are told that Mera trained in Afghanistan, we are told that Mera hated the West; we are told that Mera was a cold-blooded killer. Mera is neither humanized nor dehumanized, for Mera has a more radical fate, he is demonized. We shall not hear stories, that Mera was stressed or crazy, nor will we hear stories and testimonies from Mera’s friends and family that he was once a good kid. We will hear that Mera is part of a brand of extremists who despise the Western way of life, and people like him should be stopped. And what happened to the victims of Mera, well they didn’t receive the same fate as the poor Afghan civilians, as we are told of who the French victims are, for the victims of Mera’s crimes are humanized.

It’s interesting to me how the media play their game, and how we become victims of this, whose opinions are manipulated by the manner in which the information is provided. I say wake up when reading the news, and at least see how the victims and perpetrators are treated based on the interests of the media. In that way we can then see how both Bales and Mera are cold bloodied killers, no different from one another. How the victims of Mera and Bales are the real victims of the narrative, and how the media machinery is still one of the biggest conspirators against justice and injustice.

Our strategic and security interests throughout the world will be best safeguarded by the establishment in suitable spots of 'Police Stations', fully equipped to deal with emergencies within a large radius. Kuwait is one such spot from which Iraq, South Persia, Saudi Arabia and the Persian Gulf could be controlled. It will be worthwhile to go to considerable trouble and expense to establish and man a 'Police Station' there.